This weekend was fun filled!  My sister and brother in law were up from the Bay Area.  We wine tasted in the Gorge and my sis in law and I ran a 5k on Sunday (her second and a BIG PR for her--yay).
Running Recap:
Tuesday: 4.5 mi Bridge Loop with Jen---it had been waaaaay too long since we did a run together.  It was great, I foresee more regular running in our future!
Wednesday: 6.5 miles  This was supposed to be 6 miles at the track but I had the worst stomach issues that day.  I actually almost skipped my run altogether but decided to go after wallowing on the couch for several minutes.  I decided to just run but about 2 miles in I felt better so I sped up a bit and turned the run into a tempo (2 easy, 2 @ 10:15, 2 easy).  As an extra cool down I took Zoey out for .5 when I finished.
Thursday: Blissful rest and a fun happy hour with friends.
Friday: 9.1 mile long run.  I had hoped for 10 but I ran home and it turned out the way I went it was only 9.1 miles.  It wasn't a great run but it wasn't terrible.
Saturday: Fun wine tasting and hanging out with family.
Sunday: Run Like Hell 5k with my sister in law---I was pacing her/just along for the ride.  She's been having some knee issues but had told me she really wanted to beat her first 5k time (which was 2 weeks ago).  I didn't want to push her too hard but I knew about halfway through that we could totally beat her time.  With about half a mile to go I asked if we could speed up a bit, she said okay and did great!  We easily ran a negative split and we smashed her old PR by 2 minutes and came it at 32:59.  Running with family is own of my favorite things to do.  I've run two 5k with two of my sister in laws and I'm incredibly proud of them both.  There is nothing like sharing your passion with those you love.
Total Miles: 23.21 (down from last week but I'll take it) 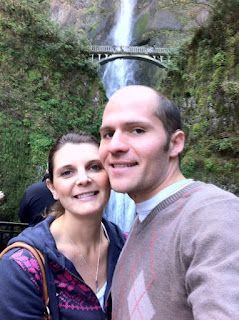 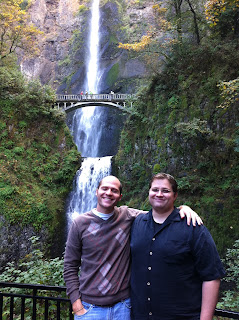 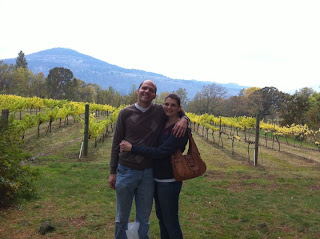 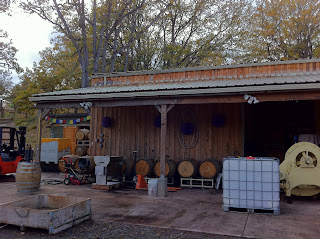 Winery on the Washington side of the Gorge 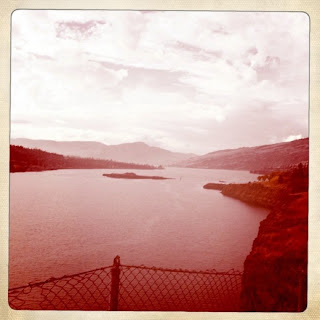 View of the Columbia from the Washington side, the fall colors were gorgeous 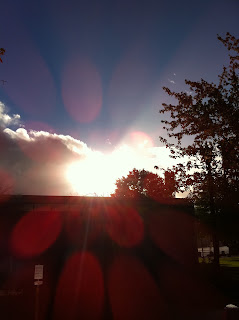 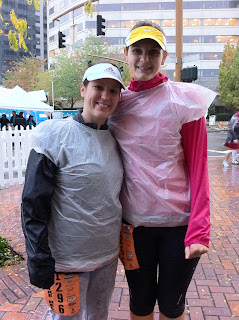 Plastic bags to protect us from the elements 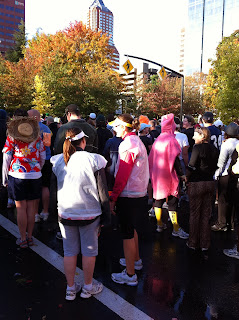 Start line, this doesn't begin to show all the fun costumes we saw
Here's to another successful week of running.  I'm also going to get back in the pool this week too.  My Tri Club has started up there weekly coached swim sessions and it's already on my calendar to go.
Posted by Alisa at 7:51 PM
Labels: goofy week 4, ks 5k, run like hell
Newer Post Older Post Home